Upperi/Thoran is a Kerala speciality which you can find in every Kerala house. We have an endless list of upperi's which is eaten with boiled rice. To name a few are Cheera (red/ green) Upperi, Long Beans Upperi, Long Gourd Upperi, Lady's finger Upperi, Cabbage Upperi, Beetroot Upperi, Ulli thandu Upperi, Vazhakkai (Raw Banana) Upperi, Thalolinga upperi...it goes on and on..

Cheera/Spinach  like other dark green veggies, is an excellent source of beta-carotene, a powerful disease-fighting antioxidant. It is rich in vitamins C & E. You should be careful not to overcook it as it may lose its vitamins. 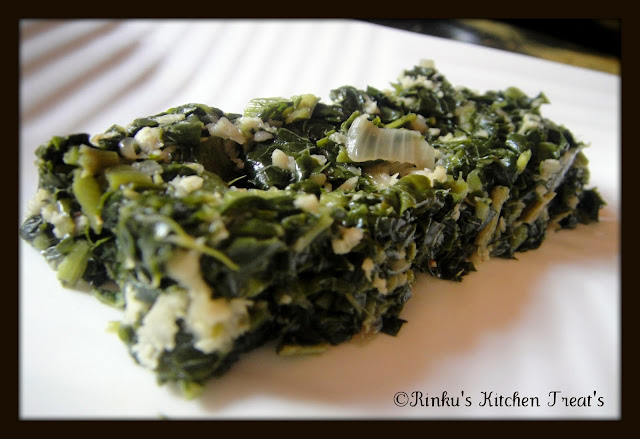 
Wash and drain spinach
Chop it fine.
Add salt, Chilly, Shallots/onions, chilly powder and mix well with hands for 2 minutes.
Heat oil in a kadai.
Add mustard and let it splutter. Add curry leaves.
Add the mixed Cheera/Spinach. Add a little less salt as it may become more once cooked. You can check and add more salt if required later.
Add the coconut.
Cover and cook till done. Do not overcook.
Serve hot with rice and curry.
Posted by Rinku Naveen at 4:36 PM