Kerala is known by many names – “Land of Spices", ‘‘God’s own country’’, “The land of Coconut Trees’’ or even ‘‘the home of Ayurveda’’. The Kerala Cuisine is well known throughout the world. The cuisine of Kerala is influenced by its geographical layout and history. It is a tropical strip of land with a large number of inland water bodies, along with the majestic mountain ranges on the east. This makes it abundant in fruits, vegetables and fish. The Kerala Cuisine is known to be rich and spicy. The cuisine is also influenced by the foreign presence in the land be it the British, French or the Arabs.

Scroll down for the recipe index 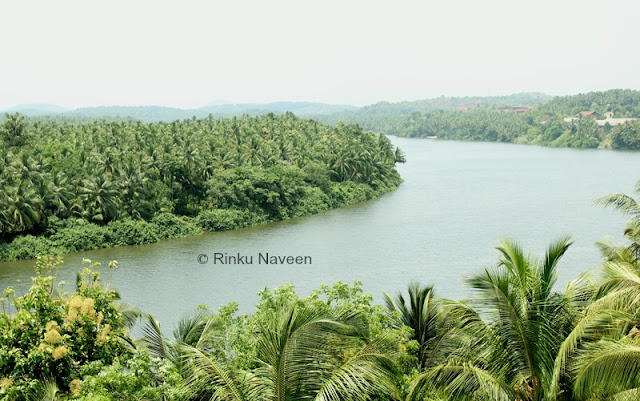 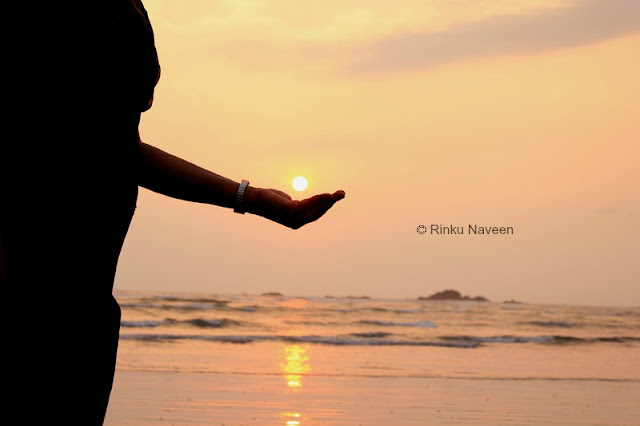 The staple food is rice and fish. Not to forget the abundance of coconuts it is used in many forms in the cooking. Coconut Oil is used for flavoring the traditional dishes. The health benefits of coconut oil are now being recognized by the world. It has been proved that it is cholesterol free and trans-fatty acid free and has actually been shown to help lower cholesterol levels due to its ability to stimulate thyroid function.

Kerala is known for its spices – Cinnamon, Cardamom, Nutmeg, Cloves, Pepper. Spices are used in medicines, preservatives, perfumes and in everyday cooking. Natural herbs, spices, and coconut are extensively used in cooking while oil and sugar are limited. Artificial additives are hardly ever used. Most of the dishes are flavored with curry leaves and mustard seeds. 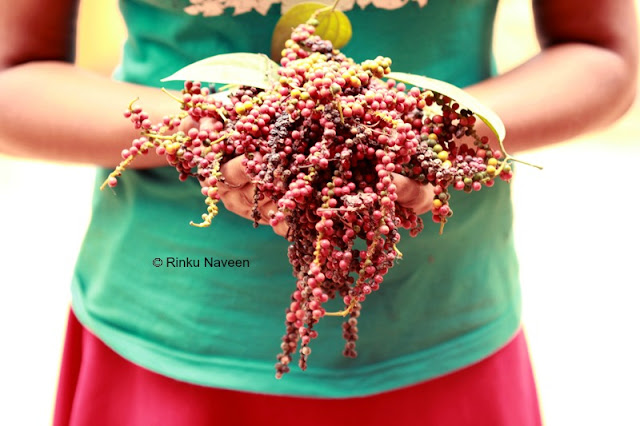 Kerala Sadhya is the typical feast of Kerala. It is the elaborate feast served on banana leaves. It is the traditional vegetarian feast – a feast to the eyes and stomach. The taste of the dishes varies from region to region as you travel from Thiruvananthapuram to Kasargod. It is a sumptuous spread of rice and more than 14 delicious vegetable dishes, followed by different varieties of payasams/ desserts. The items include sambar, parippu curry,,olan, kalan, pachadi, kichadi, aviyal, koottu curry, thoran, pappadam, pickle. 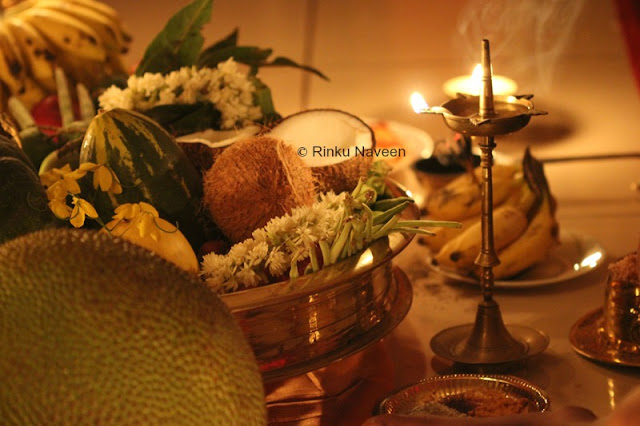 Sadya is served in a very unique way. The banana leaf is placed before a person so that its narrow part always points to the left side. It is served starting from the top left corner in the following order – banana, sarkara upperi, Kaaya upperi, Pappadam, mango pickle, puli ingi, thoran, olan, avial, pachadi, Kalan, erissery, koottu curry, salt. In the middle of the leaf rice is served. Then parippu is served along with ghee. After which sambar is served. Then comes rasam, followed by sambharam/ buttermilk. After the meal is over sweet desserts called payasams are served. Usually there will be 2 varieties of payasam one white( made with sugar) and the other brown ( made with jaggery). They can be ada pradhaman, semiya payasam or others.

Kerala Breakfast
Kerala is also well known for its breakfast. There are lot of tourists from abroad and India coming to Kerala especially for the food. They should not miss the appam & stew, Puttu & Kadala, Pathiri, Idiyappam. 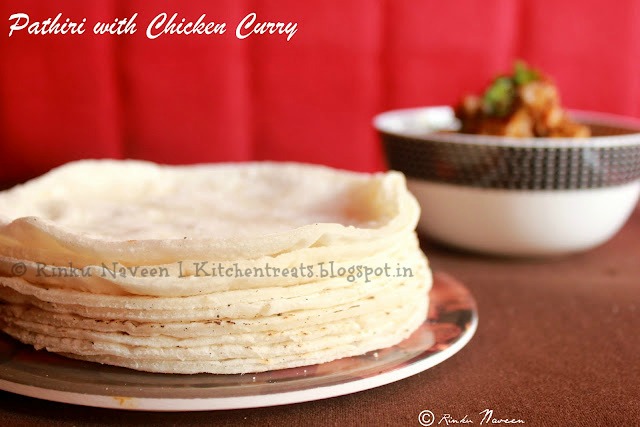 Malabar Cuisine
Pre-independence Kerala was divided into two regions – the Travancore and Kochi in the south and Malabar refers to places from Kozhikode to Kasargod in the north. Malabar is well known for handloom, folklore and the cuisine. Kannur is known as the land of looms and lores. It is famous in the name of Cannanore Handlooms. The cuisine of Malabar has been influenced by various cultures - Arab, Brahmin, Zamorin and Chirakkal cuisines which has been incorporated into Malabar cuisine. Thalassery, Kannur and Kozhikode are the main centers of Malabar Cuisine. 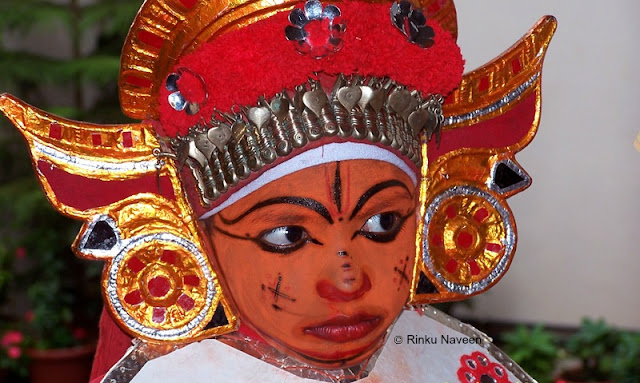 There are a multitude of both vegetarian and non-vegetarian dishes. Biriyani -mutton, chicken, lamb or prawn tops the list of delicacies.. Kallummakkaya (mussels) Achar, Erachi puttu, parottas, pathiris  are some of the other specialties. 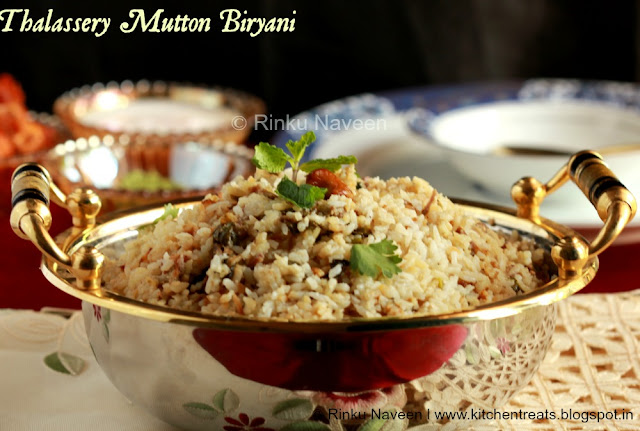 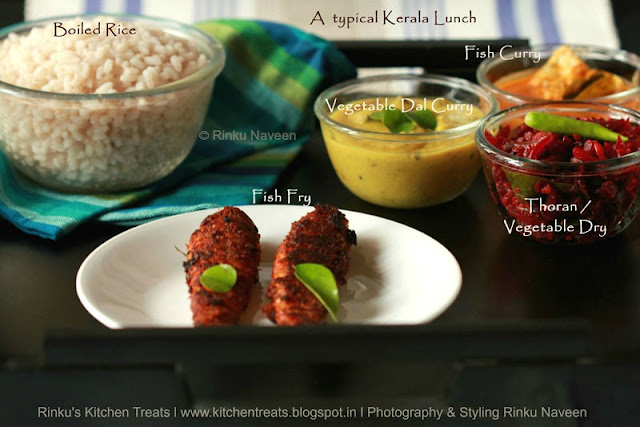 Here is a list of Kerala Special Recipes and Malabar Recipes. Enjoy!