Naan in a Pressure Cooker

Naan is a leavened bread and belongs to the North Indian Cuisine. It is traditionally cooked in a clay oven/Tandoor.


This is one thing that we order every time we eat out . It is kids favorite too. Their menu seems to be fixed. Butter Naan and Butter Chicken. They never seem to get bored of it.
Like everyone I too was on the notion that Naans can be made only if I have a tandoor - until I bumped into this recipe. So now all the naan fans can surely try this at home..Even if you don't have an oven.Yes you heard me right. Convert a pressure cooker to a tandoor. :) Check it out.. 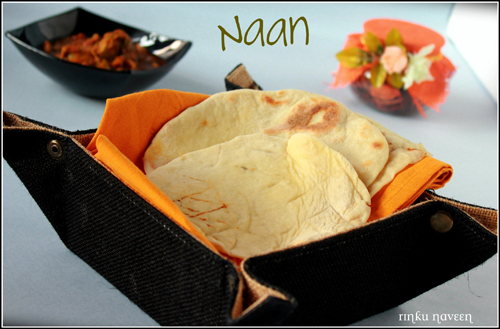 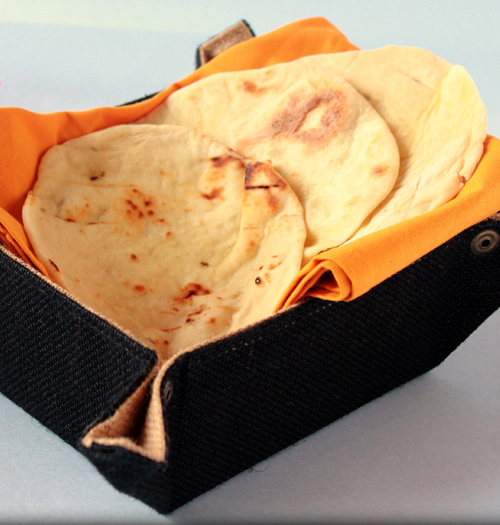 
Mix the sugar and yeast in it. Stir well until the yeast dissolves. Cover and keep until its frothy. Takes about 5 minutes.


Add the yeast mixture along with curds, ghee and salt.


Knead the dough for 7 minutes.


Cover the dough with a wet cloth and let be for ½ hour.


Punch down the dough and knead the dough for another 1 minute.


Divide the dough into small balls and roll it into round shapes.


Take a wide, deep pressure cooker and grease it with little oil.


Heat it upside down for 2 minutes.


Place it upright and place on the stove on high flame.


Take each naan, apply little water on one side and stick the wet side on the walls of the cooker.


Let it cook and as brown spots appear it will fall off to the bottom of the cooker. Remove and grill the uncooked side for 10 seconds. It will puff up. Remove from grill. 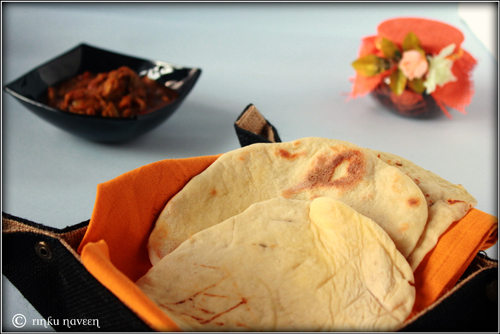 
Tilt the cooker a bit to stick the naans to the sides of the cooker.


To give the right shape to the naans after rolling it, just pull it from the bottom to get the triangle shape. But make sure that size will fit into the cooker. Else just roll it round.
Posted by Rinku Naveen at 6:58 AM